News and Events
content.php
A P-Boat Comes Home: The Journey of Consolidated PBY-5A Bu. No. 2459 Begins 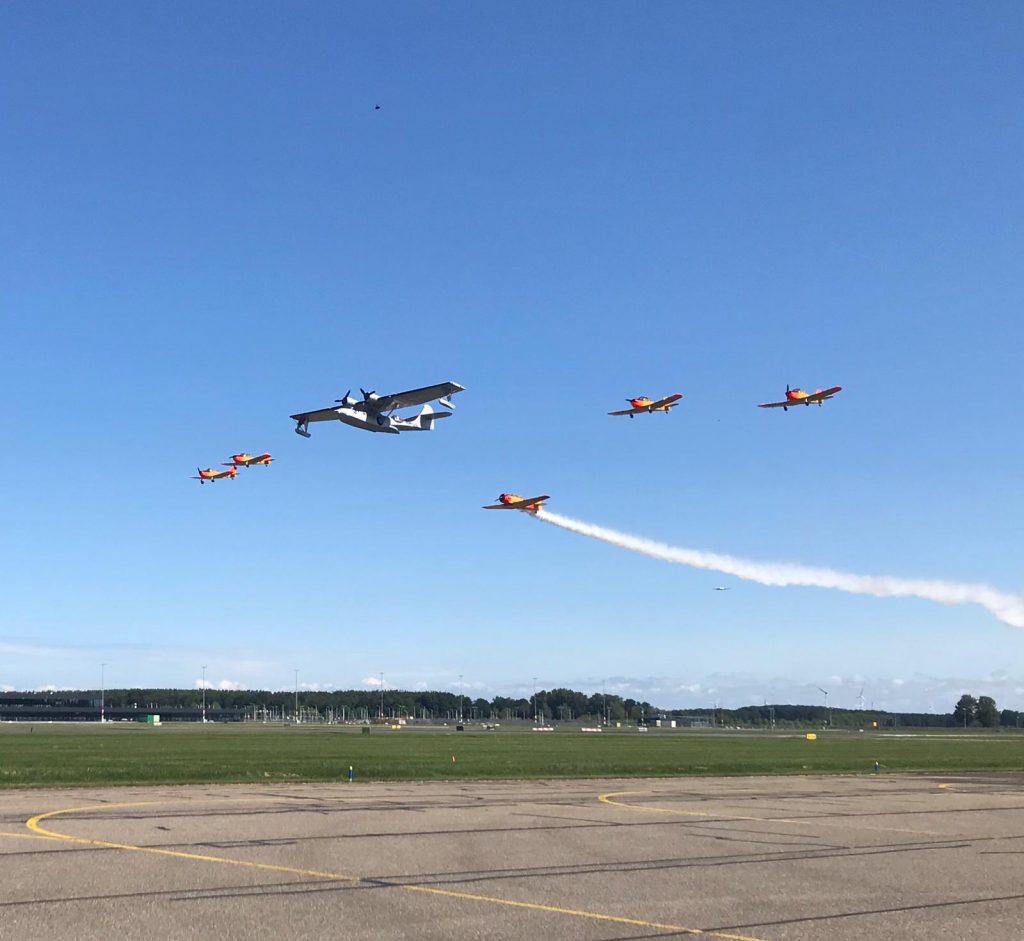 The epic journey to return the oldest and most historically significant Consolidated PBY-5A Catalina in flying condition to the United States has begun. PBY-5A Bu. No. 2459 departed Lelystad Airport (EHLE) in the Netherlands on May 29th, 2019 for Wick, Scotland (EGPC) to prepare the PBY for the transoceanic crossing of the North Atlantic. The crew will depart for Reykjavík, Iceland on May 30th, where it will be on display at the Reykjavik Airshow on June 1st. On Sunday, June 2nd, it will make the crossing to Narsarsuaq, Greenland, then to Goose Bay, Labrador and then make entry into the United States via Bangor, Maine after June 3rd depending on weather conditions. 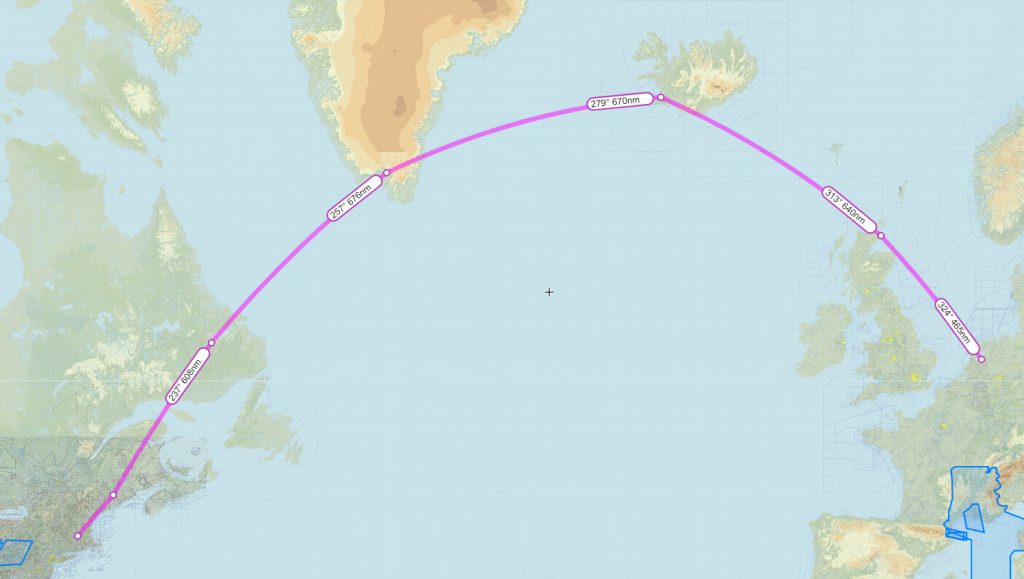 The route for the journey traces the very routes of convoys this PBY protected during the Battle for the Atlantic early in World War II. It will fly over the barren stretches of open ocean that were the hunting grounds for the German “Wolfpacks” of U-Boats that were tasked with sinking the merchant ships enroute to England carrying critical supplies for the Allied war effort.

DAY ONE – LELYSTAD TO WICK, SCOTLAND
The crew was escorted by some “little friends” for their departure from Lelystad and across the North Sea to Wick, Scotland for an overnight to prepare for the transatlantic crossing. The crew received their survival supplies, immersion suits, and full fuel before heading to Iceland. 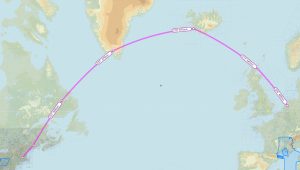 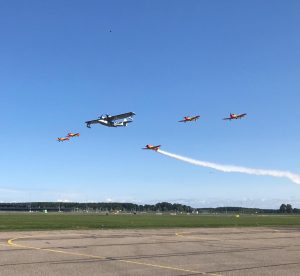 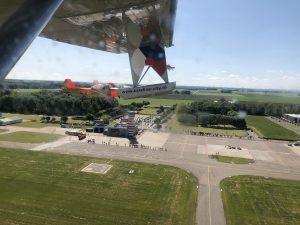 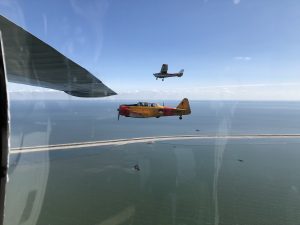 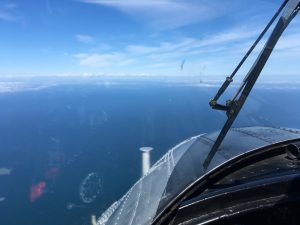 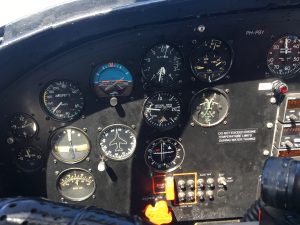 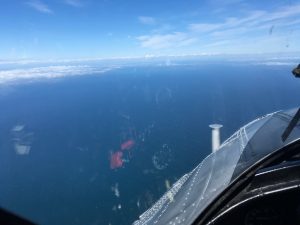 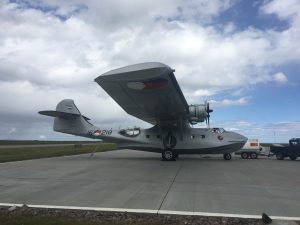 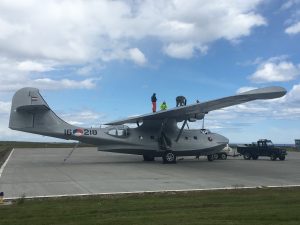 DAY TWO – WICK, SCOTLAND TO REYKJAVIK, ICELAND
The crew began the long trek across the North Atlantic for their first stop in Reykjavik, Iceland. When we say “long”, we mean it… the PBY only flies at about 110 knots, equivalent to a Cessna 150 single engine aircraft. The PBY and crew will remain overnight in Iceland and the PBY will be on display for the Reykjavik Airshow on Saturday before heading to Narsarsuaq, Greenland. 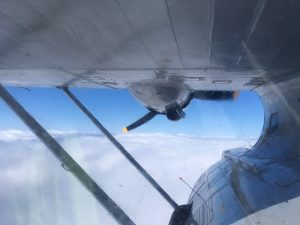 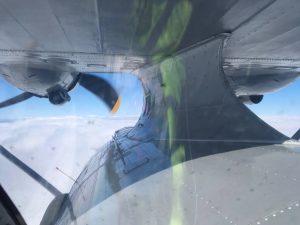 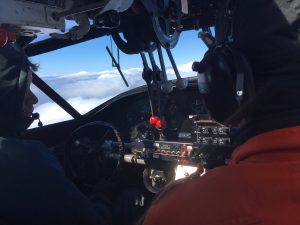 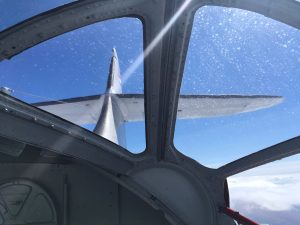 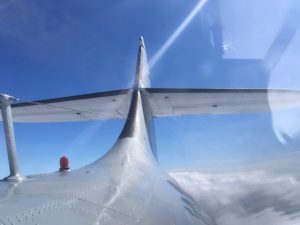 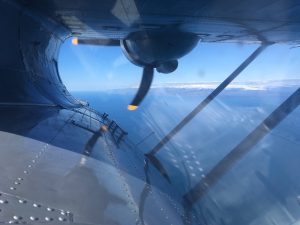 Capable of excellent endurance over the hostile North Atlantic, PBY Catalina aircraft began to protect convoys before aircraft carriers and the evolution of surface ship technology was able to assist them. The PBY type aircraft accounted for 20 German U-Boats destroyed during the war. PBY Bu. No. 2459 uniquely accounted for three destroyed U-Boats and one damaged that never sailed again — it is the only USN multiple U-Boat killer aircraft known. It is also the oldest surviving PBY Catalina and has survived as a flying aircraft since the end of the war.

Catalina Bu. No. 2459 was one of the first five PBY-5A amphibians constructed, and the group was sent to VP-73 as soon as they rolled off the line due to the “extremely hazardous” sea conditions off Iceland. Accepted by the Navy on December 22, 1941, Bu. No. 2459 was the fourth amphibious PBY built for the United States Navy, and was immediately pressed into action upon arrival. Assigned to VP-73 as aircraft number 9, it was the first PBY to sink a U-Boat, when Lt. RB Hopgood’s crew discovered and sunk U-464 on August 20, 1942. The ASW detachment in Iceland had been attempting to sink a U-Boat for some time, and the commander of the base, believing that too many late nights at the “O Club” were responsible for the lack of success, had closed the club. Lt. Hopgood after seeing the crew rescued by a fishing boat, as well the oil slick from the sunken sub sent an “in the clear” radio message that would become iconic in the USN’s patrol community, “Sunk sub, open club!”

That history alone makes Bu. 2459, the “one to have”. However on October 5, 1942 flying with a crew headed by Chief Aviation Pilot M. Luke and flying the last VP-73 convoy protection mission of the deployment, Bu 2459 protecting convoy HX-209 caught U-582 on the surface and sunk it as it was organizing a wolfpack attack. The U-Boat, one of 16 deployed against the convoy was sunk with all hands. This attack brought VP-73’s score to two sunk, both by Bu. 2459. Returning to the USA, about half of VP-73’s allocated PBY aircraft survived the first deployment.

Rebuilt at a depot for continued service it reentered the fleet assigned to VP-84, again in Reykjavik, coded as 84-P-7. Flown by Lt. Joseph Beach on June 24, 1943, it proved it still had the heart of a hunter, and spotted U-194 on the surface south of Iceland. Depth charging the sub on the surface and exchanging gunfire, the two combatants fought to a standstill. After a long surface battle the Captain of U-194, after realizing the PBY would be persistent, dove and attempted to disengage from the Catalina.

What was unknown to the crew at the time was that the PBY carried a new and secret weapon, a “FIDO” acoustic homing torpedo. Though the sub was initially reported as a damaged by the crew not seeing it sink visually, postwar research confirmed that U-194 was destroyed that day in the North Atlantic. Incidentally PBY Bu. 2459 was the second aircraft to sink a submarine using the homing torpedo, a revolutionary development in aircraft based ASW warfare.

The Role of the PBY-5A in the Collings Foundation

The new acquisition of PBY-5A Bu. No. 2459 by the Collings Foundation allows us to place this aircraft in a new role to help tell the important story of U.S. Naval Aviation in the Battle of the Atlantic in the early days of World War II.

Once back in the United States, the aircraft will be sent to restoration for transformation back into the original configuration it flew with in 1942. This means that the modern “clipper bow” will be removed and replaced by an accurate bow turret and the current interior will be transformed into accurate wartime configuration. The aircraft will be repainted as aircraft #9 with VP-73.

The massive mission of relocating the aircraft through the North Atlantic and then restoring the aircraft to wartime configuration requires a considerable sum. Throughout the history of the Collings Foundation, individual donors have stepped up and helped get the job done and once again we are currently asking for donations to help us fulfill the mission and return the most historic, flyable U.S. Navy aircraft from World War II to the United States.

Please consider donating what you can… from $20 to a full plane sponsorship of $7000 to help the cause. If you wish, please use the donation form at the link below or donate by mail to the address below.

Donate by mail:
Mail checks to: